The Concours de Vente at Salon Privé London already includes automotive greats such as the Barnato-Hassan Bentley racer, a Mille Miglia class-winning OSCA MT4 and the UK’s first Ferrari Daytona – and more mouth-watering machinery has now been confirmed for the inaugural running of the event from 21-23 April.

From its nearby premises in Kensington, Fiskens will be bringing two highly original but very different cars. The 1936 Delahaye 135 CS that it will be presenting at Salon Privé London was delivered new to chocolatier Jacques Menier and driven for him throughout 1936 by Philippe Maillard-Brune. It raced in all of that year’s premier French events – the GP de l’Automobile Club de France, the GP de la Marne, and the 3 Heures de Marseille – and had an entry for the Le Mans 24 Hours before that race was cancelled.

The 3.6-litre six-cylinder beauty was acquired by René Cotton following World War Two and began a remarkable second racing life, successfully competing against much more modern machinery. It finished eighth in the 1952 Monaco Grand Prix – run for sports cars that year – and was also entered for such high-profile events as the Mille Miglia and the Liège-Rome-Liège Rally.

One of few surviving examples of the 135 CS, the car still wears its original coachwork and is believed to be the only 135 CS that retains its original Electron gearbox. In recent years, it has been meticulously cared for by renowned collectors such as Abba Kogan and Lord Bamford.

Fiskens will also be showcasing a 1961 Bentley S2 Continental in untouched time-warp condition. It was ordered new by Ernest Scragg & Sons, the Managing Director of which was Phil Scragg – the well-known racing driver and hillclimb specialist. The Bentley was kept in the collection of Ray and Doreen Fielding for more than 50 years and still wears its original paint – a unique and striking combination of Whitehall Grey over Rose Beige.

Tom Hartley, meanwhile, will be entering the Concours de Vente with a rare 1960 Ferrari 250 GT Pinin Farina Cabriolet. As one of only 200 Series II examples to leave the Maranello factory, it combined elegantly restrained coachwork by Turin design house Pinin Farina with Ferrari’s latest developments for its fabled 250 GT bloodline – including all-round disc brakes and the ‘outside spark plug’ Tipo 128F variant of the 3-litre Colombo V12 engine. 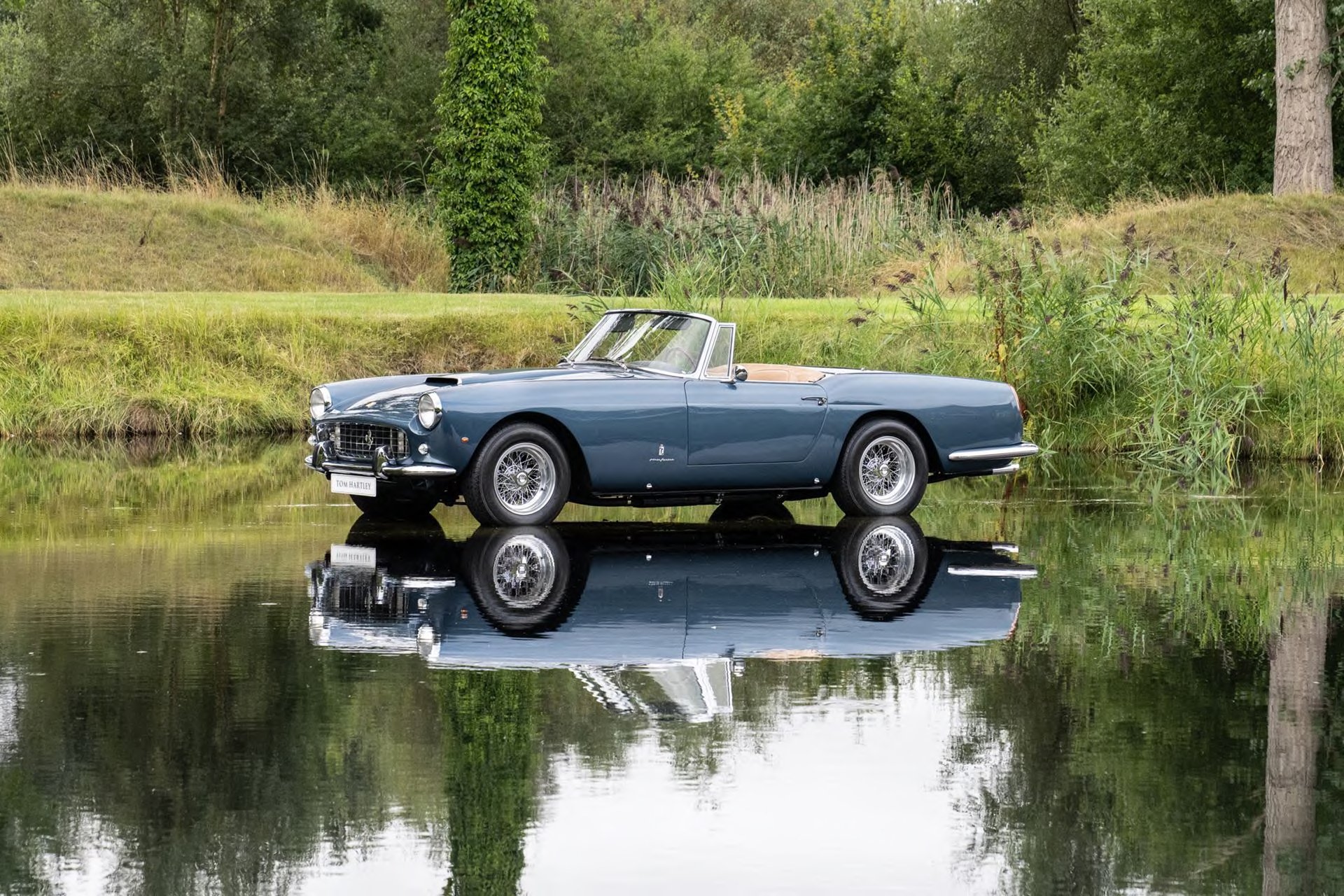 The car was recently owned by a British-based marque enthusiast and was fully restored in 2018, and has been awarded the coveted Ferrari Classiche Certification.

In 1961, Jaguar managed to steal much of the automotive limelight from the likes of Ferrari with its sensational 150mph E-type. Designed by aerodynamicist Malcolm Sayer, the E-type was a true landmark in motoring history and was developed around the same principles as the Le Mans-winning D-type.

The earliest ‘flat floor’ E-types are considered to be the most collectable, and Simon Drabble will be entering the Concours de Vente with just such an example. Built in December 1961, the matching-numbers Roadster is presented in its original livery of Cream with a Red interior, and has recently undergone a full restoration.

DK Engineering will take part in the Concours de Vente with the unique AC MA-200 prototype. Penned by ex-MIG aircraft engineer Zdislaw Teofil Marzewski in 1962, it featured an aluminium body covering a spaceframe chassis. F1-style inboard coil-spring suspension was fitted and the car received inboard rear discs, while its design drew comparisons with the Frua-bodied Maserati Mistral of the same year. It was intended for series production, but Shelby America’s overwhelming demand for the AC Ace meant that the project was shelved. 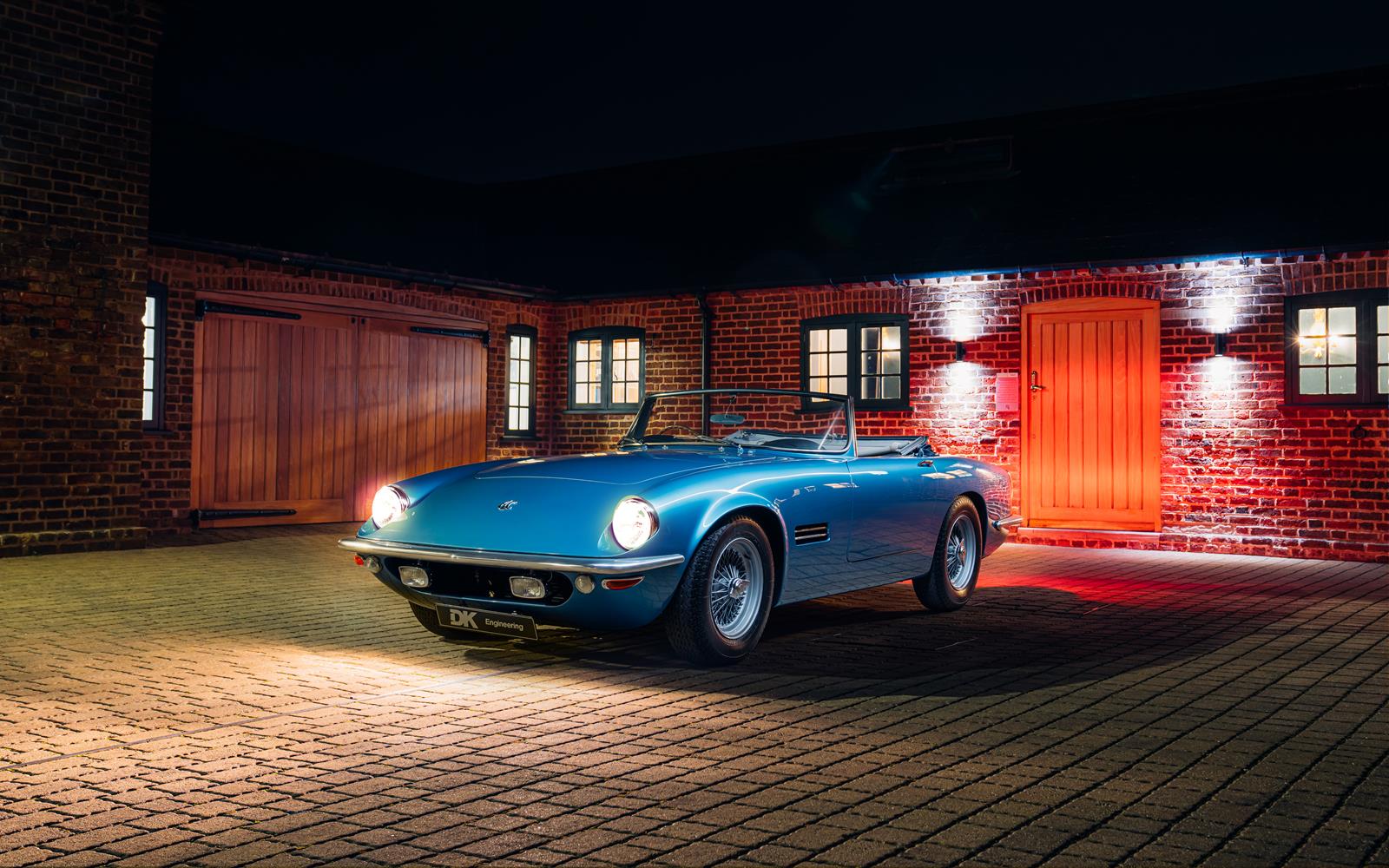 The current custodian acquired the car in 2006 and has meticulously researched its history, with the result that the car is supplied with a wealth of factory drawings and blueprints. Having been restored to ‘as new’ specification, the MA-200 has received numerous accolades, including Best in Class award at the Amelia Island Concours d’Elegance, plus top honours at the 36th Concours d’Elegance of America.

The list of specialists confirmed be battling it out for the inaugural Prix d’Honneur at Royal Hospital Chelsea includes: