The all-new Morgan Super 3 will make its UK show debut at Salon Privé London, from 21-23 April 2022 at Royal Hospital Chelsea, as the Morgan Motor Company showcases its entire range at the exclusive new luxury car event.

Recently revealed to the press, the Super 3 continues the 113-year legacy of three-wheeled Morgan vehicles yet introduces a new product family with a design language inspired by the Jet Age.

Offering a unique combination of feel and connection to the driving experience, the Super 3 has been designed from the ground up to offer new levels of character, thrill and adventure. Built in Malvern, Worcestershire, like every Morgan since 1909, the Super 3 draws on the skilled men and women that handcraft vehicles in the renowned red brick buildings on Pickersleigh Road.

“As one of the UK’s longest established marques, it’s a privilege to receive the new Morgan Super 3 at Salon Privé London for its UK show debut,” said Director David Bagley. “Rarely does a car evoke such delight from both owners and onlookers, and it’s testament to the passion that drives Morgan that the famous 3 wheeler returns fit for the modern age.” 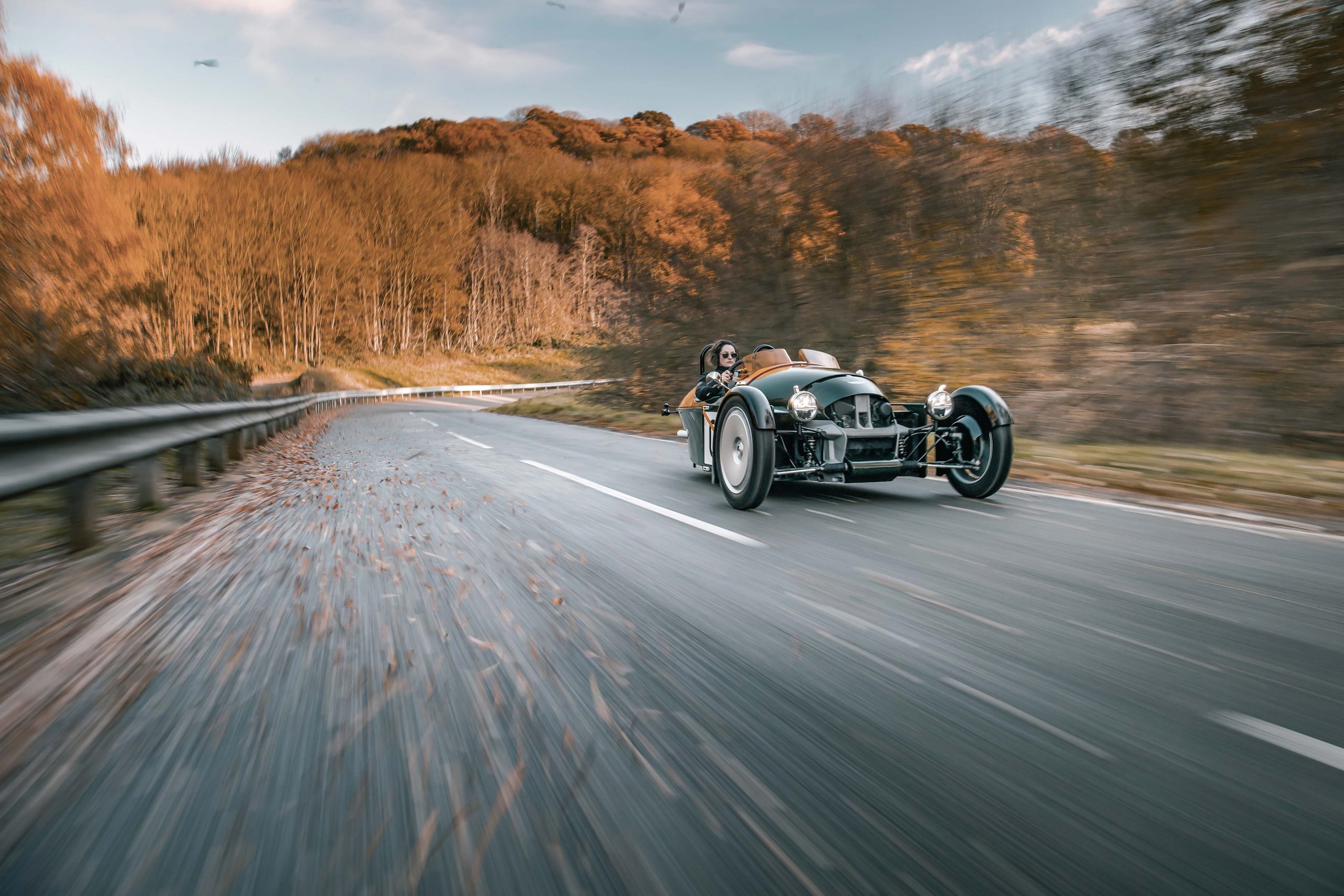 Despite retaining the aesthetic integrity of the previous 3 Wheeler, the new Super 3 has been brought up to date with modern design and engineering and is the first Morgan with a monocoque structure. Powered by a 1.5-litre Ford three-cylinder engine, it significantly exceeds the power and performance figures of previous three-wheeled models.

Designed with a limitless combination of options, the Super 3 allow owners to tailor their own experience – from adventure touring accessories to race-inspired liveries.

Joining the new Super 3 at Salon Privé London will be the Plus Six and the Plus Four. With all three models introduced within the last four years, Morgan boasts an outstanding range underpinning by modern technology.

Based on the CX-Generation bonded-aluminium platform, the Plus Six is powered by a 335 bhp 3.0-litre turbocharged inline six-cylinder from BMW, coupled to an eight-speed automatic gearbox. Using the same platform as the Plus Six, the Plus Four uses a 255 bhp 2.0-litre turbocharged four-cylinder engine, again from BMW, and comes with a choice of an eight-speed automatic or six-speed manual gearbox.

“We’re delighted to be able to show the Super 3 at Salon Privé London,” said Toby Blythe, Head of Marketing at the Morgan Motor Company. “The car is meticulously engineered, having undergone our most rigorous durability programme to date, and really is designed and built to capture the spirit of driving adventure – encouraging owners to feel present in the craft of motoring.”

As befitting Salon Privé’s status as one of the world’s most prestigious automotive events, a number of cars will be making their UK debut at Royal Hospital Chelsea, and the very latest models from the likes of Alpine, Aston Martin, Ferrari, Jaguar Land Rover SVO, Lamborghini, Pininfarina, Porsche and Rolls-Royce will be on display alongside Morgan Motor Company. They will be joined by Hispano Suiza and Genesis, plus British specialists Charge Cars, Envisage, Everrati, Jensen Automotive and Overfinch, to provide a line-up that covers everything from reimagined classics to next-generation hypercars and EVs.