When Salon Privé London makes its debut at Royal Hospital Chelsea from 21-23 April, it will host a very special global premiere. A brand-new book telling the fascinating story of a long-lost Alfa Romeo prototype will be launched at the event – alongside the car itself.

Published in a limited run of 250 individually numbered copies, the book has been written by a stellar cast of authors – Giuseppe ‘Pino’ Allievi, Lorenzo Ardizio, Luca Dal Monte, Karl Ludvigsen and Bernd Ostmann – and tells the story of the Alfa Romeo 12C Prototipo. This beautiful car forms the ‘missing link’ between three of the world’s greatest automotive marques – Alfa Romeo, Ferrari and Porsche – and was a prototype for a range of cars that was intended to replace the fabled 8C at the very top of the Alfa Romeo range.

Sadly, the project was cancelled in May 1941 due to wartime demands, and when production finally restarted, Alfa Romeo would shift its attention to more affordable cars. The 12C Prototipo therefore represents a poignant snapshot of marque history, and a sense of what might have been. Famed engineer Gioachino Colombo collaborated in the development of a 3-litre version of the new ‘S10’ V12 engine, and this was mounted in a chassis derived from that used in the 8C 2900, with some of the modifications engineered by Ferdinand Porsche. The whole thing was then clothed in an aerodynamic all-enveloping body constructed out of lightweight alloy, and which featured a front end that evoked the 158 Alfetta single-seater.

After the war, the 12C Prototipo was broken up, but Gioachino Colombo soon went on to design the V12 engine around which Enzo Ferrari would build his earliest cars in Maranello. At roughly the same time in Gmünd, Austria, Ferdinand Porsche’s eponymous company was also taking its first steps towards production of the 356.

Not until decades later would the major components of the Alfa Romeo on which they had collaborated be reunited and the car restored. The new book is the first publication from Progetto 33 – which was founded by Stefano Martinoli, owner of the 12C Prototipo. Over the course of 272 pages, The Missing Link? pieces together the full story of this historically significant Alfa Romeo and its conservative restoration by respected specialists Egon Zweimüller and Dino Cognolato. 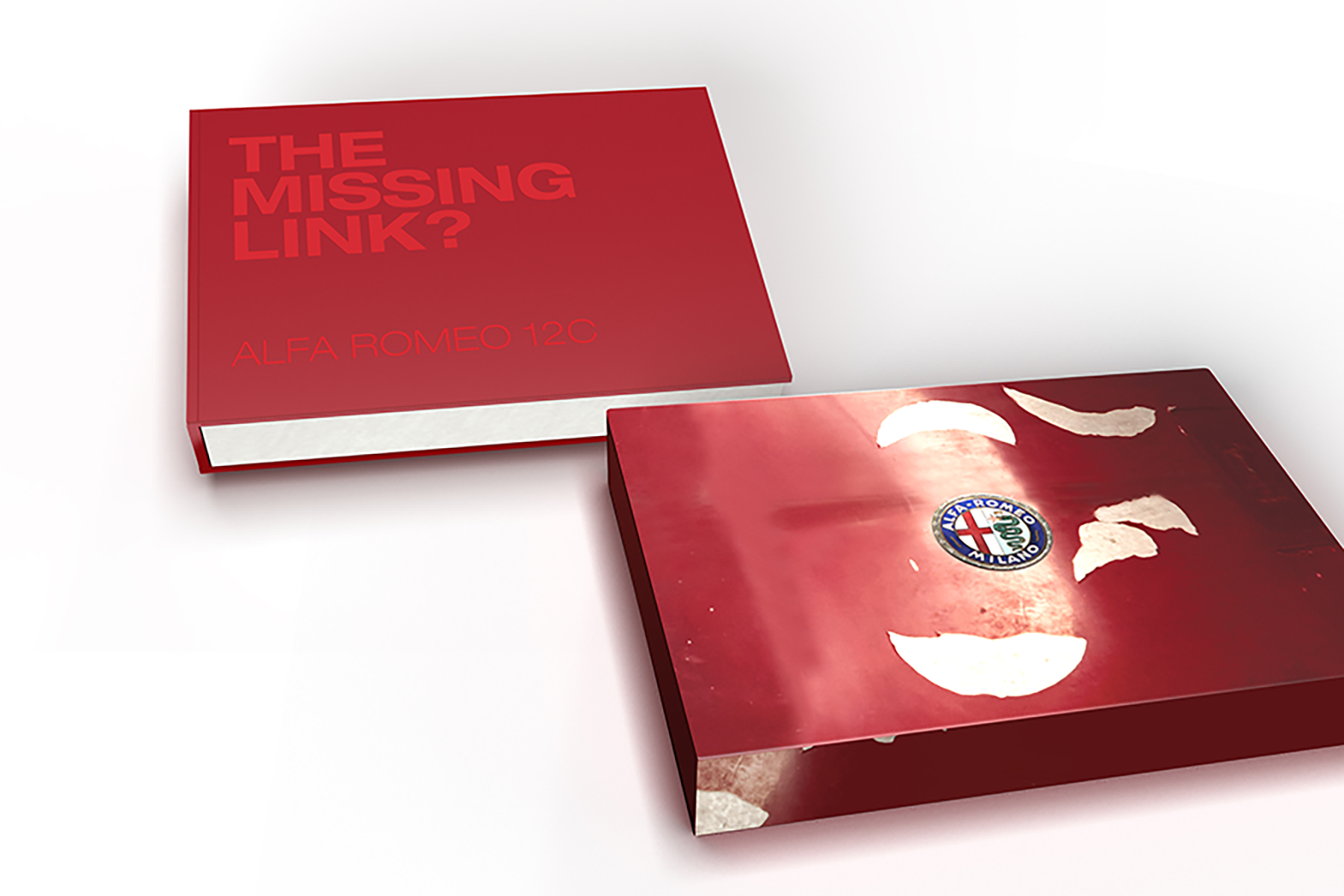 The book – which is printed on five different types of paper and is presented in its own slipcase, complete with Alfa Romeo badge – will be launched at 10am on Thursday 21 April on the Progetto 33 stand, where copies will be on sale. It will offer a rare opportunity to have them signed by the authors who will be present at Salon Privé London.

‘This book has been a real labour of love,’ said Stefano Martinoli, ‘and to launch it at Royal Hospital Chelsea alongside the 12C Prototipo will be a very special moment. This car was never put into production, so it had to be very carefully researched during the restoration and Egon Zweimüller did a fantastic job’.

‘I’ve always been fascinated by rare and unique cars, and the 12C Prototipo offers a tantalising glimpse of what Alfa Romeo could have been producing if the war hadn’t intervened. When peacetime finally returned, the world was a very different place and the company had to adapt.’

Salon Privé London is donating 20 per cent of all Entry Ticket revenue to the Disasters Emergency Committee (DEC) via Work for Good.