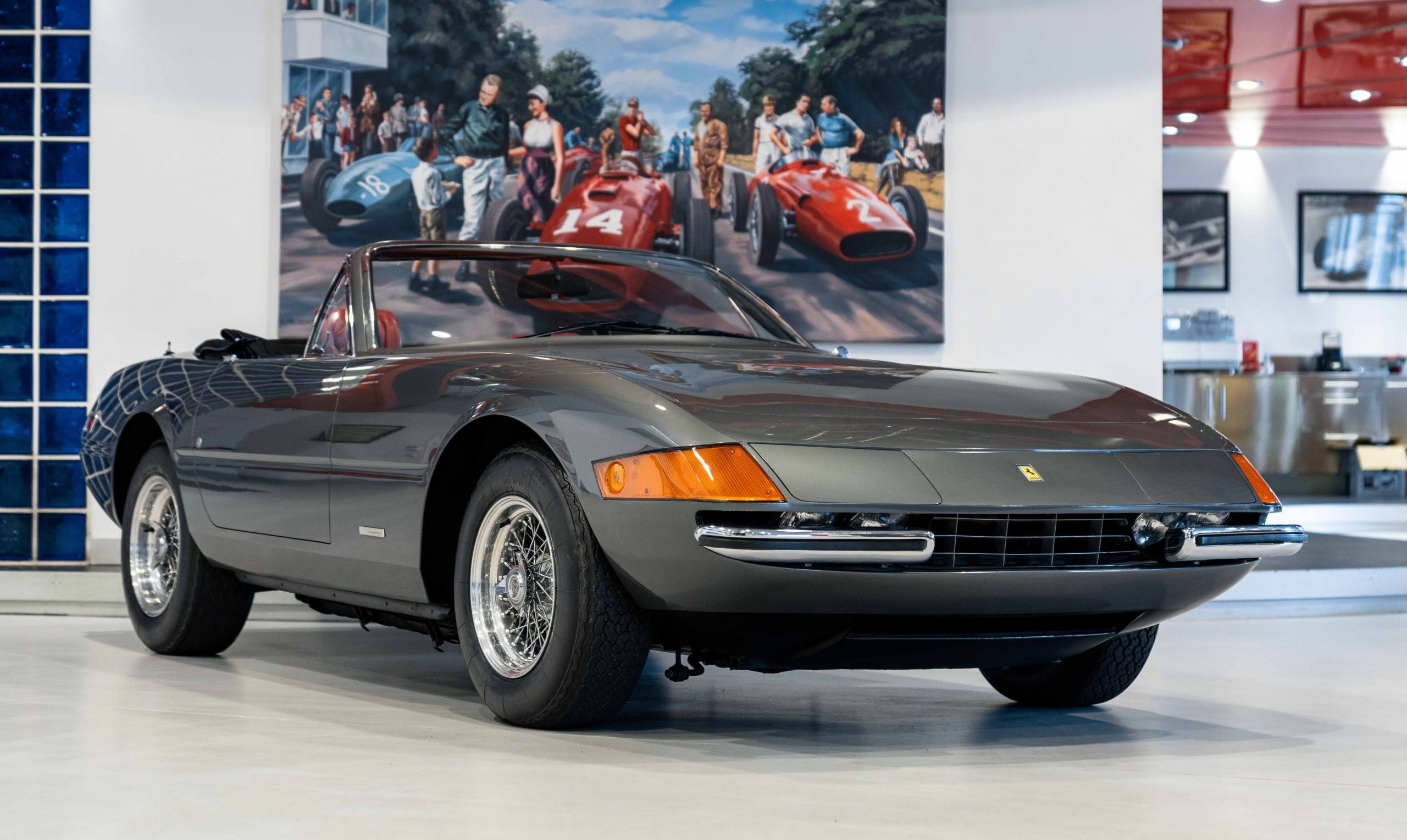 The Ferrari 365 GTB/4 (to use its official title) was the immediate descendant for the much revered 275 GTB/4 and was first shown at the Paris motor show, 1968. The Daytona nickname was supposedly invented by Ferrari aficionados and affiliates of the media in acknowledgment of the factory’s unforgettable 1-2-3 triumph in the 1967 Daytona 24-hour edition. Alternatively, the story is that Ferrari had originally planned to employ the Daytona name, but changed their mind when news of the story leaked prior to the model’s reveal.

The Tipo 251 engine was an improvement of the DOHC V12 of the 275 GTB/4, and at 4,390cc was roughly 33% larger in capacity. Six twin-choke Weber carburettors fed fuel to the engine, enabling it to produce 352bhp at 7,500rpm; enough to propel the 1,280kg machine to 60mph in under 5.5 seconds and on to a top speed of around 174mph, with a five-speed transaxle powering the rear wheels.

The Daytona coupe proved to be so popular that the development of an open variant was inevitable, and at the 1969 Frankfurt International Auto Show the 365 GTS/4 was unveiled. Endowed with a purity of line and stance, the new Spyder’s collectability was instantly assured when only 121 examples were produced. As the final front-engine open Ferrari to feature a derivation of Giaocchino Colombo’s classic short-block V-12, the Daytona Spyder was the ultimate evolution of 20 years of development, the final hereditary successor of an entire generation of vintage Ferraris.

The example Joe Macari are pleased to offer for sale is the 68th of 121 official cars produced by Scaglietti and was first delivered in December 1972 to the United States via Modern Classics Motors of Reno, Nevada. It was specified from new in Grigio Ferro over Rosso leather with a Nero canvas hood.

A one Mr. Lanvin of Los Angeles became the first official owner of the car and kept it for a number of years before it was purchased by one Allan Jerry Siemons of Malibu, CA. Mr Siemons cared for the car until 1991, during which time it was resprayed in its current Gunmetal Grey Metallic and treated to an engine rebuild in 1983. The car went on to have a small selection of further owners until 2005 when it was purchased by its second long-term custodian who maintained the car as part of their extensive collection until 2021.

This example represents the opportunity to purchase a highly original Daytona Spyder that sits today in superb condition, showing just under 35,000 miles and accompanied by a Massini report, detailing the car’s original specification and ownership history. Original equipment includes desirable air conditioning, electric windows, instruments in miles and a Becker Mexico stereo cassette player. The stunning Borrani wire wheels are correct as per the build records and the engine and gearbox are its original, matching items. The car benefits further from a fresh service and has Ferrari Classiche Certification in process. 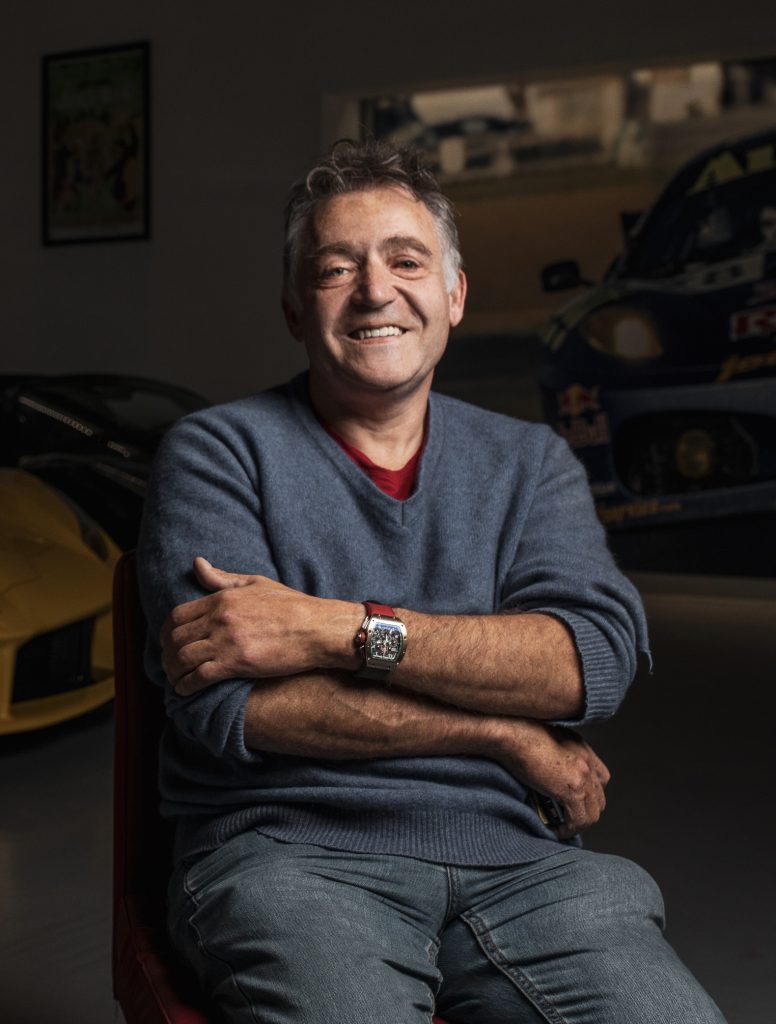