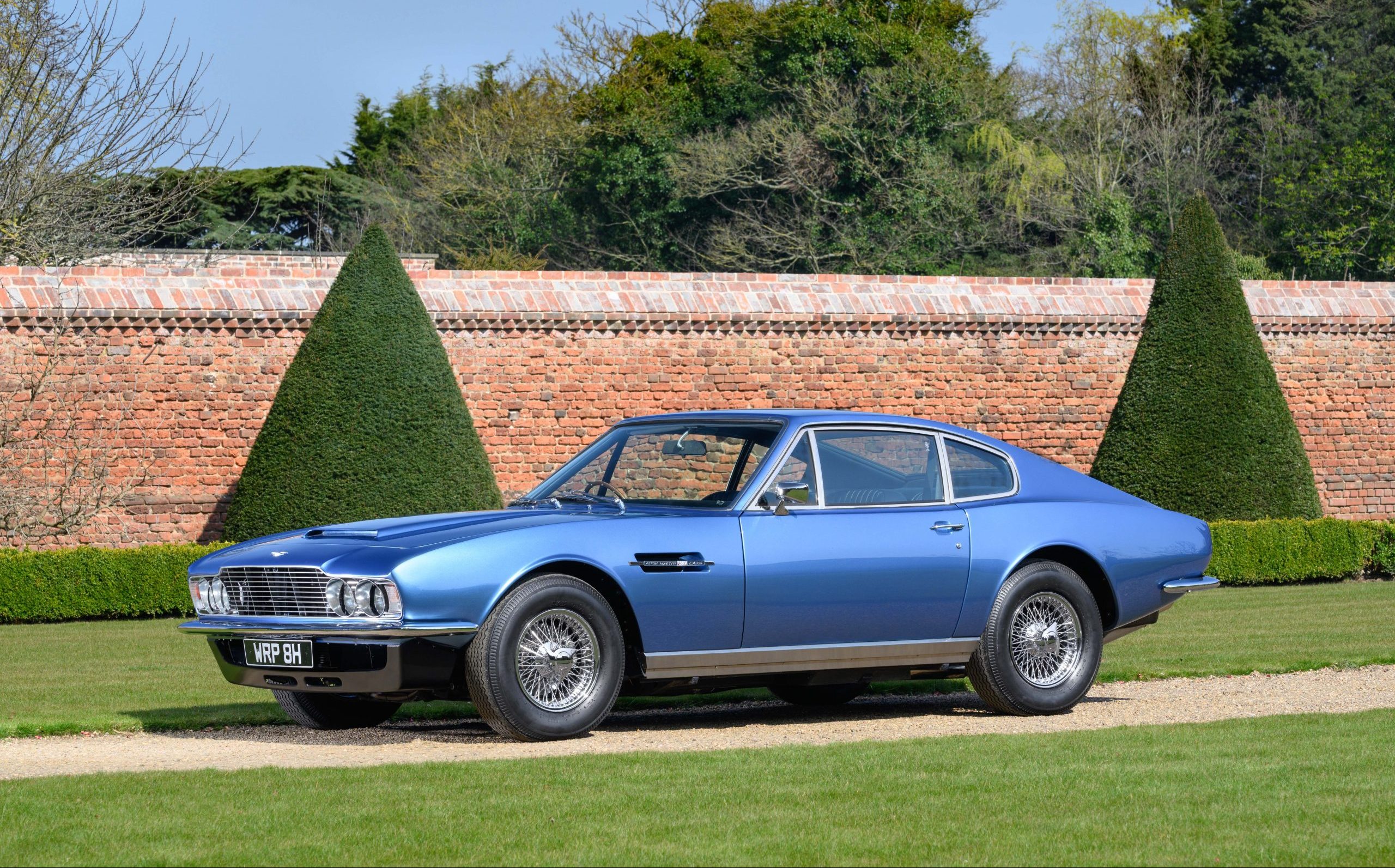 ODOMETER: 500 (since body off restoration)

Richards of England are elated to see DBS/5579/R return to them once again for sale having been part of a private collection. This special Aston Martin has only been used sparingly, covering just 475 miles since its restoration in 2018. The paltry mileage pays homage to the owner following his wishes for the car to only be displayed at prestigious events such as Salon Privé. 5579 received a great deal of interest from the press, enthusiasts and the AMOC Trust. The latter making them aware that just two 6 cylinder DBS F.I’s remain in existence. A fascinating thought. Perhaps even more interesting is that during the restoration, a local enthusiast visited their premises and made them aware that he has the only other known example. A fantastic story for Lincolnshire and the wider Aston community. Having owned his DBS for more than 20 years, the owner was able to assist Richards of England with period photographs of the engine bay and components, proving to be invaluable during the restoration.

The restoration itself was commissioned by a previous owner during 2017. Richards of England were entrusted to carry out a ‘body off’ restoration to the highest standard, ensuring originality where possible, with only minimal upgrades to enhance the ownership and driving experience. Every effort to maintain the F.I’s originality was taken; Distinctive features were retained including the red enamelled F.I wing vent badges. The original colour combination of ‘Azzurro Blue’ with Connolly Vaumol VM3282 (dark blue leather) were also reinstated. A Motorola radio and the correct original wooden steering wheel all feature.

A previous owner during the early 2000’s made a notable and welcomed change to the vehicle, with the introduction of a 5 speed ZF manual gearbox, widely regarded as the superior option. However, the original Borg Warner automatic remains with this DBS, should a future custodian wish to revert to this option. The ZF unit was completely rebuilt during the restoration in conjunction with the engine re-build to 4.2L specification. Additional enhancements to the injection system, included the ECU being replaced with a modern equivalent, along with the injectors. Further to this the original ECU unit has been retained with the car, a very rare component to accompany the car. Hours of dyno testing and setting up saw the new system performing and running superbly. The new system now delivers the results that Aston Martin and AE Brico originally set out to achieve, offering an engine of superb performance and reliability.

A rich history folder containing over 200 documents accompanies this vehicle. Regular M.O.T and servicing invoices show that the car has been well maintained throughout its life, allowing the vehicle to remain road worthy and enjoyed. The build sheet also reveals that the car was first delivered to ‘Lazenby Garage’ Lincolnshire, with the car remaining local to the county throughout its 6 owner history.

DBS/5579/R is a true spectacle and perhaps one of the finest examples of DBS currently presented to the market. A fascinating opportunity to own a rare and collectable Aston Martin, fit for any esteemed collection, and for the first time since the early 70’s, a Brico Injection example once more.

Comprehensive road testing and detailing to the highest standard will take place prior to delivery of this motor car. Please contact Richards of England to arrange a viewing. Finance options available. Worldwide “enclosed” transportation, a comprehensive hard cover presentation book (detailing the cars restoration) and a years warranty are all included as part of their service.

Richards of England are Aston Martin restoration specialists based in the Lincolnshire countryside. Focusing on the models from the David Brown era. Their gated premises are monitored 24/7 and contain state of the art workshops including: mechanical, fabrication, trim and a body shop. Their enjoyable sales experience sees clients presented with a leather bound photo book on purchase, hand crafted in the Connolly hide of their chosen motor and detailing all aspects of the restoration process.